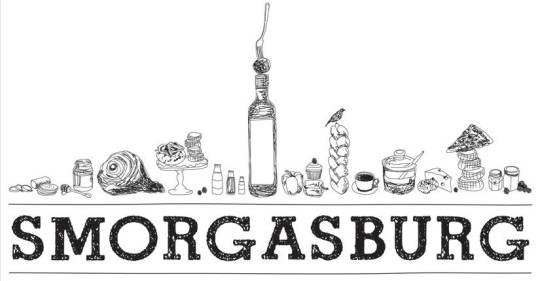 What.a.weekend! How perfect! How sunny! Couldn’t think of a better way to pop my Smorgasburg cherry (too gross?). For any of you that do not know, Smorgasburg is an outdoor flea market in Williamsburg (get it!) where food entrepreneurs and established purveyors from New York City and across the region sell both packaged and prepared foods, fresh produce, and other food-related stands for a total of approximately 100 vendors (yes I 100% stole this from their website). I hear food, I come running.

I am extremely lazy and have a large fear of the unknown, so I was a bit apprehensive about hauling my cookies to Brooklyn. Fear not, it’s not that difficult. I decided to meet an experienced Brooklynite (she is also my friend) there who knew her way around. I didn’t want to aimlessly wander this joint. I wanted to walk with purpose. I requested directions days in advance via gchat. She told me to take the L from Union Square 3 stops to Bedford. Ok, I can handle that.

As I sat on the train, I spotted a cute surfer type boy, my future husband. As the train came to a jolty halt, my arms flew up in the air, and I almost collapsed on the train. Our romance had ended.

I aimlessly pick an exit, and stroll up the steps. I call my friend.

I look around to be more specific with my location, “Oooh! I’m in front of Crift Dogs!”

“Are you scared I’m going to get lost?”

5 minutes my butt. I managed to make two phonecalls while I waited, one being my mom, and that’s never a 5 minute conversation. I didn’t mind waiting though actually, which is weird for me, but the weather was so nice I was chipper. I just busied myself and people watched until my friend and her boyfriend arrived.

Suddenly, I see a couple in matching colored apparel appear on their bikes, here are my friends!

(Um, should I have brought my bike? Kidding, I don’t own a bike.)

My friend led the way, as I walked next to her and her bike, while her poor boyfriend trailed behind. Stay, sit, heal.

“I didn’t know it was on the water!” I scream. It is, and it’s really fricken pretty. I felt like I had just found something no one else had…which is completely untrue, but maybe if I scream it’ll sound more normal.

“K, we just need to lock our bikes, and we’re off.” Sure, sure whatever.

“Let’s do a lap,” says the boyfriend.

“Which way do we start?”

“That looks good, is it good?”

“Let’s do a lap.” DO YOU WANT TO DO A LAP? As we walk, my friends briefly explain the lay of the land. Some places like the dessert counters, and cold dishes are served immediately. However at other places, you wait on line, order, they take your name down, and call you when your order’s ready, which can sometimes take twenty minutes.

We stopped at a Greek stand, and I buy a small Greek salad to nosh on, while my friend ordered the spanakopita. This should hold us over until our orders are ready.

Cemita’s line was a tad tamer, and we just ordered one sandwich for all three of us to share. We went for the build your own sandwich with carnitas.

Cemita’s sandwich was ready first, and I was stuck staring at it, while we waited for our fish sandwiches to be prepared.

I expected the experience to be insanely overwhelming with pushing and pulling, and rude people behind the counter. I didn’t get any of that at all, for serious. I was shocked. Everyone was really nice and helpful at the food stands, and they didn’t even rush you to order, and all the patrons politely waited on line until it was their turn. WHERE WAS I???

After we had all of our sandwiches, we gripped our dishes and walked to a bench area to dig in. I ate half of the fish sandwich, it was too gigantic to finish but still amazeballs, and took bites of our cemita sandwich in-between. I was saving room for dessert.

“Um, we’re getting dessert too, right?” Don’t start with me boy.

First of all, there are a million bazillion choices, ice cream sandwiches, donuts, s’mores, the list goes on. But I didn’t want to feel sick, I wanted something refreshing, popsicle sticks!

I got raspberry basil. Yum.

“You should probably take the ferry home, instead of the subway.” Is my friend a genius? MAYBE. It’s $4, and I could get dropped off 5 blocks away from my apartment…and a possible tan. Yes!

“Ok yay, but let’s take some pictures first! Genius idea for me to do this after we just ate popsicles, our teeth are going to look so white!” 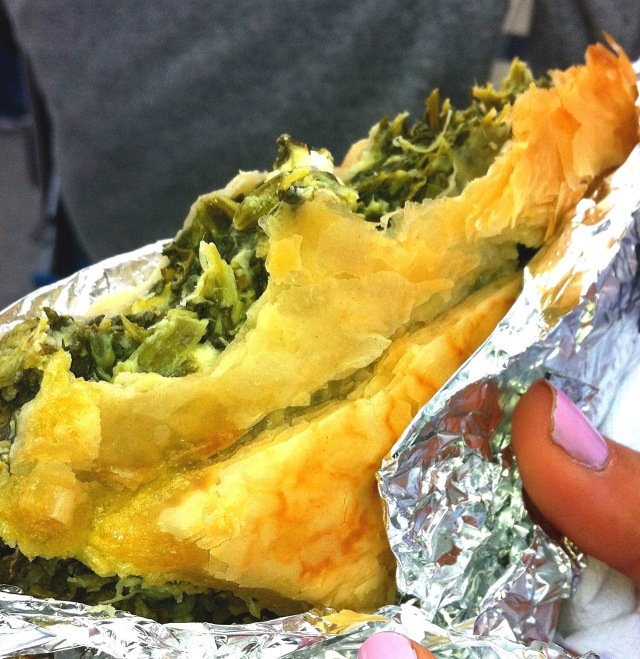 My salad was light and just enough to hold me over, and the spanakopita was so delicious it’s hard to explain (I should have gotten the baklava!). Just be careful, both of these items are green and means there is a good chance it will get in your teeth! 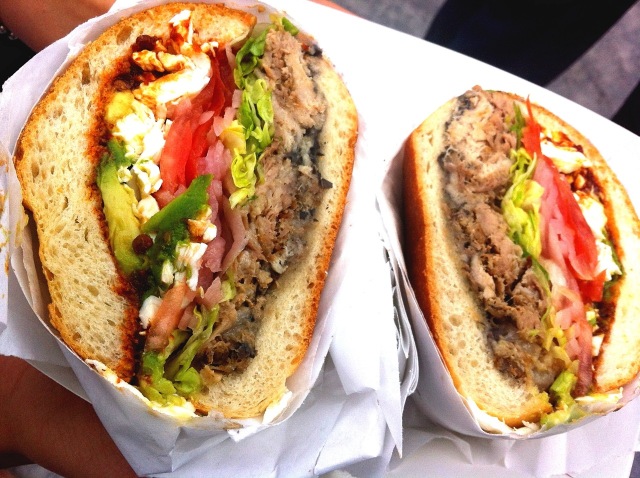 [Click the photo above to go to Cemita’s Website] Also please note how awesome my picture is in similarity to the website’s!

This continually grew on me with every bite. You need to get a taste of all the layers to really love it.

I had to give you both views so you could understand the size of this baby. Cole slaw, fried fish, soft white bread. Stop it right now! 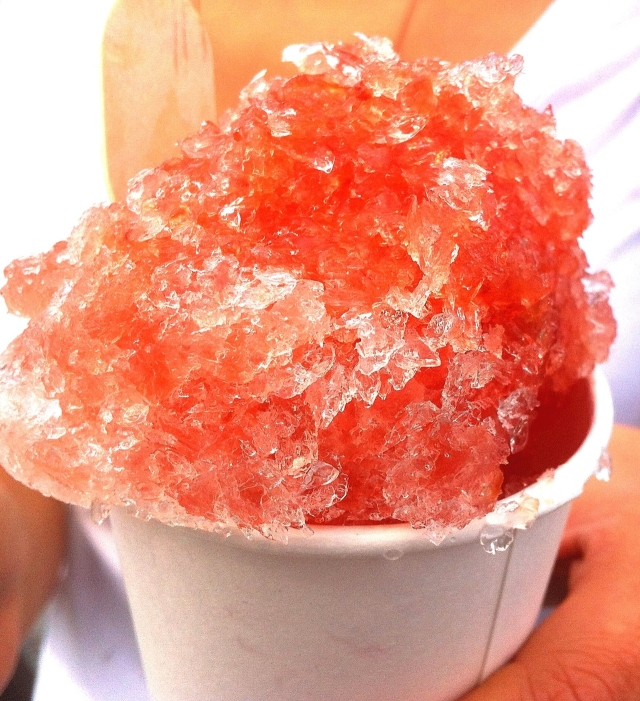 My friend’s boyfriend went for this. He clearly has not gone to Jew Camp, and does not know that they look better then they taste. I mean it’s just ice dude! It’s only good unless they dowse the whole thing in artificial flavoring. He didn’t love it, but who LOVES ice???

Posted by girlyfoodie in Brooklyn, Other, Other Tags: Smorgasburg