Peking Duck House [Click the photo above to go to Peking Duck House’s website]236 East 53rd Street (between 2nd and 3rd Avenue) New York, NY 10022I know everyone is all health conscious now, but I still love Chinese food. I’m sorry I’m not sorry. So after my friend told me she had tried Peking Duck House and liked it I was like, lets go! So, off we went!I considered taking the subway (swear I really did) but I was like “ehhhh I’m running late, I’ll take a cab.” As I’m driving up 3rd avenue I see all these barracks lined up, hmm wonder what that’s for, whatever. There’s a little traffic, I’ll just get out a few blocks away. I don’t think anything of it (I’m an idiot).My friend was already seated at a table for 5, which I thought was odd since it was just the two of us, and our other friend was meeting us later but not eating (FOMO). I was originally going to sit across from her, but then it seemed like there was an ocean between us, so I musical chair’d my way around so I was next to her.The specialty at this restaurant is the duck (makes sense given the name of the restaurant), so you can order a whole duck for $50. I mean I just want to preface this meal by saying a duck is not a large animal, and it’s not that much meat. I am already defending how much I ate at this meal.So the duck was a given.We figure we’ll get a soup each, and an appetizer to split, since it is just the two of us eating. There are actually not that many appetizers to choose from so we go with basic steamed shrimp dumplings. So that’s two hot & sour soups, dumplings, and a duck.“Are we sure she’s not going to want to eat with us?”“She said she brought leftovers with her at work.”“There is no way she’s not going to eat anything.”“I’ll double-check and text her before we order.”

Do you want to eat here?

Well that changes everything! So now we have to figure out a meal for 3, and also hold off on the ordering until she arrives, and the waiters were really pressuring us for some unknown reason. The restaurant had maybe 3 other parties present.

Ok so duck divided by 3 is like nothing right? I mean that’s the math that made sense to us.

“She said she wants beef and broccoli.”

“I think that’s a little heavy with duck.”

“Ok, but if we get the shrimp, maybe a different appetizer?”

“Wanna be crazy and get the pork dumplings?”

“Is that enough? The duck, the soup, shrimp, and dumplings (that’s two dumplings per person).”

“The more food we order, the more I blog.”

The waiter comes over, and we put in our order.

“Do you want the dumplings steamed or pan fried.”

We finished our soup before our friend arrives, and I start diving into the crunchy noodles they put on our table. I cannot remember the last time I had these (ok maybe I can but not at a restaurant, just when I get it for delivery). I miss it.

“I thought you brought leftovers.”

“When did you eat it that you’re so hungry now.”

“Well the plan was I’d eat lunch before work (her job starts at noon) and then I’d eat the pad thai later around 6.”

“So what time did you eat it?”

The waiter serves us the sesame noodles and dumplings, and he gives me a weird look as I begin snapping paparazzi photos of our meal.

After I take a picture of the noodles, the waiter starts mixing the sauce and the noodles together in front of us. He then looks at my friend with his tongs full of noodles and says something I can’t understand.

I assume he offered to serve us. I have vivid memories of my mom telling the waiter, “please don’t serve me. I’ll serve myself.”

And I hear my friend go, “I’m good with tea and water.”

Is she not going to eat sesame noodles now that we ordered a meal large enough to serve an army?

The waiter looks confused and then serves all of us.

He walks away and my friend goes, “he asked me if I wanted something to drink.”

“Will you come look at the apartment I’m moving into after dinner? I am meeting the previous owner to buy furniture from her.” my friend asks me.

“I’ll charge the cab to my mom’s credit card.” That is tempting.

“Yeah, but what about the cab back, you’re so far uptown?”

“It’s your only chance to see it.” Apparently this is my only invite ever to an apartment she hasn’t even moved into yet.

The duck is wheeled out on a table and it is on the opposite end of where I am sitting. I get up, which is harder than you think, because I wore my tight jeans, and run around the oversize dining table to take a picture of a duck (it was my exercise for the day). I again get weird stares from the waiters as I snap photos of the duck.

This time the waiter serves us on purpose, because the duck gets mixed with sauce, scallions, and cucumbers in a pancake. I considered taking a picture of the waiter carving up the duck and serving it, but I didn’t want to risk another dirty look.

The shrimp is then also placed on the table with a heaping plate of white rice. We may or may not have over ordered.

As we all suffer to try and imitate the waiter’s technique with our next pancake my friend tells us how her dog is currently in the hospital.

“He had a tumor on his spleen.”

“The size of a golfball.”

“But he’s such a small dog.” (he’s a Yorkshire Terroir)

“Surgery is very expensive for dogs.”

“Yeah, we had the option of surgery for Snowy when he went blind, but we decided not to do it.” (Snowy is a 16 year old bijon who hasn’t been able to see the light of day since ’05)

I start noshing on a cucumber (who was I kidding? I just ate an entire animal), and my friend starts eating whatever is left of the duck, which is the crispy skin.

She takes a bite and goes, “Ooh yeah, look at that skin.” It looked like she was about to make love to the crispy duck skin.

“That’s going in the blog.”

We eventually get the check, and another waiter comes over to take the credit card and cash, but he seems pissed that he’ll have to do some math. He puts his glasses on, takes the check, comes back, but instead of leaving he just stands there.

“Thank you, thank you,” he says with a thick accent, and goes to grab the bill before I have even signed mine.

Jesus, alright. I sign it and have to throw it at him so he won’t walk away without it.

“Thank you.” Alright already we get it!

I opt out of seeing my friend’s apartment, because I just want to get home, but no mother effing dice. As soon as I get in the cab, we completely stop moving. I am now sitting in a cab directly next to Turtle Bay Bar listening to bar music and drunk people.

Maybe I should have paid better attention to what’s going on, because Obama is in town, and there is now a 20 car procession blocking off Second Avenue for an unknown period of time.

I hear a drunk girl introduce herself to a group of guys, “hi I’m Lisa.”

Eff this, I now owe this cabdriver $6 and we have not moved an inch. I guess I’m taking the subway. Thank you President Obama, thank you! 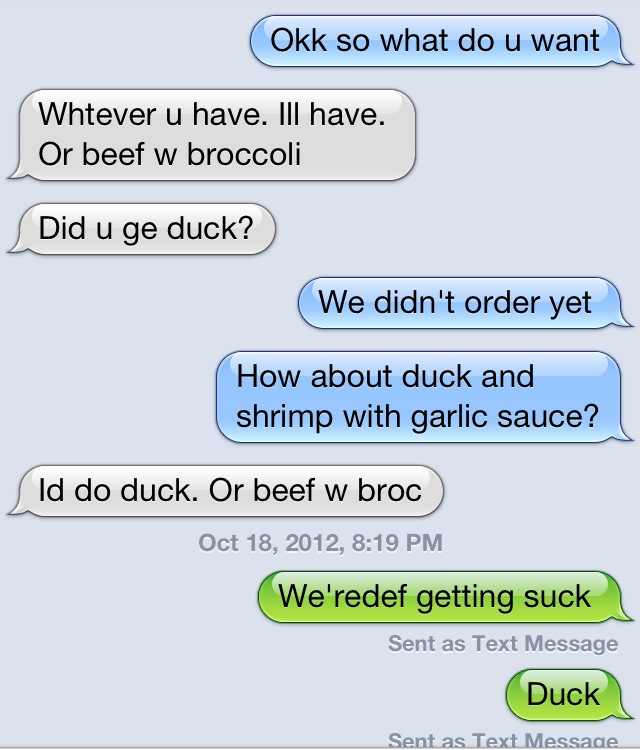 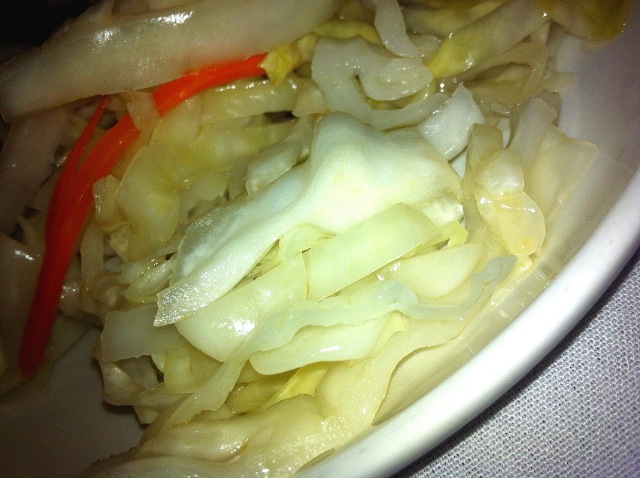 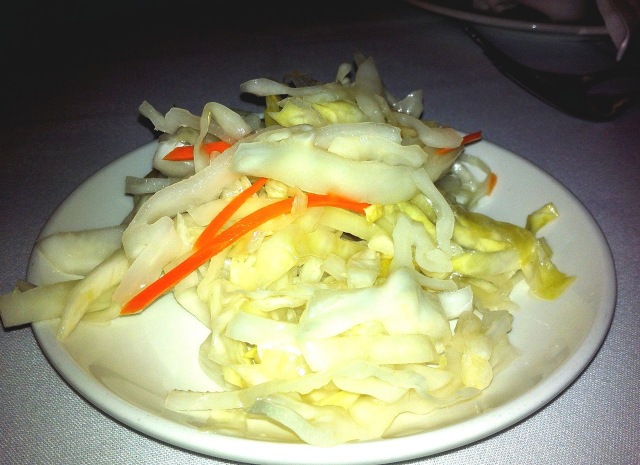 This comes complimentary when you are seated. This is what I noshed on while we waited for my friend to arrive. She seemed to really want beef and broccoli if you can’t tell.

I think sometimes this comes over pickled with a funny taste, but this one didn’t! I kept eating it, because no one else at the table would, and because I liked it. 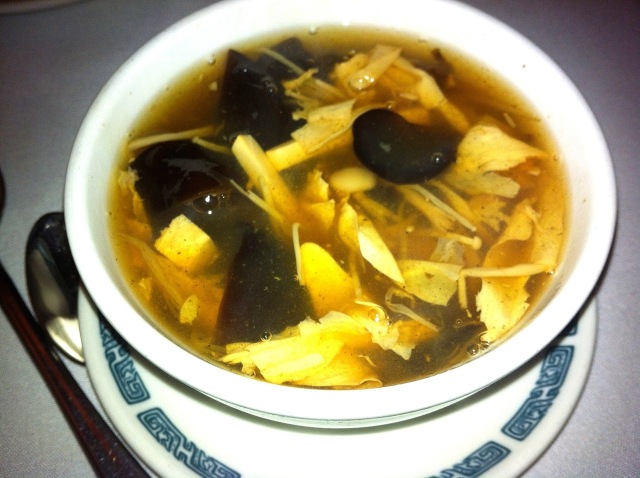 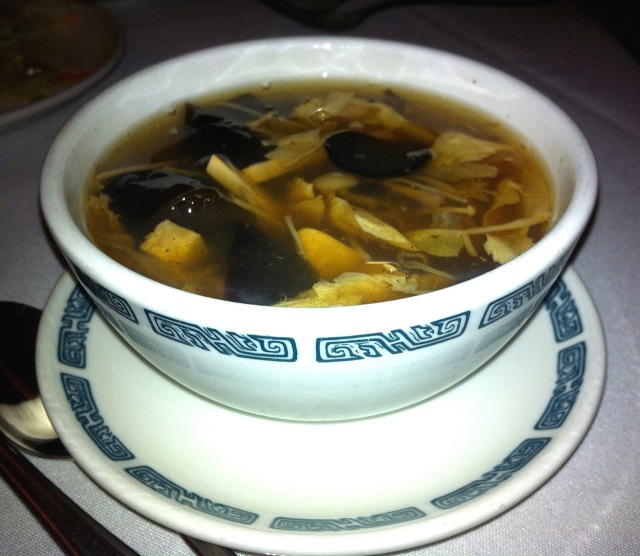 Good way to start the meal off. They say that it’s healthier to fill up on soup in the beginning of the meal, because it helps you portion out the rest of your meal. Well I was definitely full. 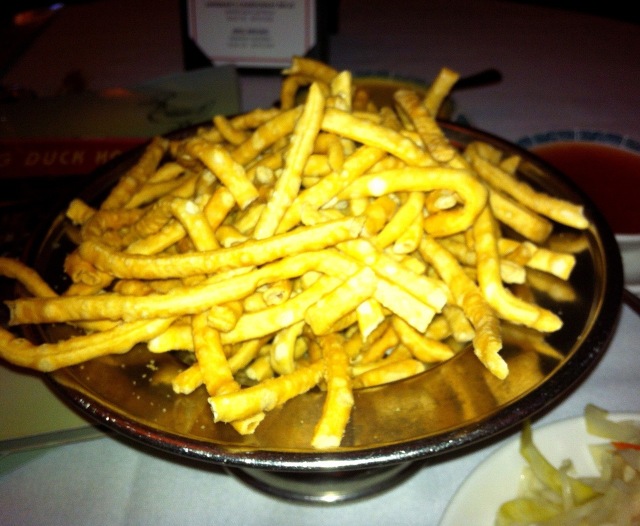 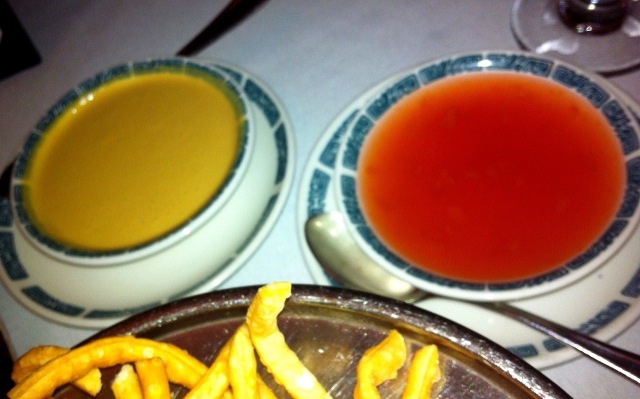 I love these! I feel like Chinese restaurants get stingy sometimes with duck sauce, but not this time! This also just reminds me of going to dinner on Sundays with my family so it has a special place in my heart. 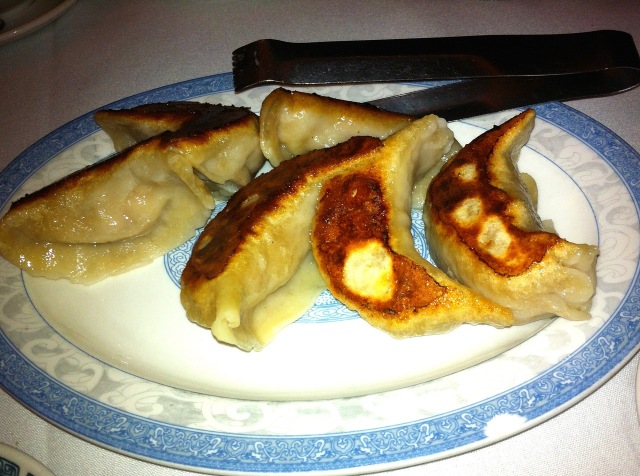 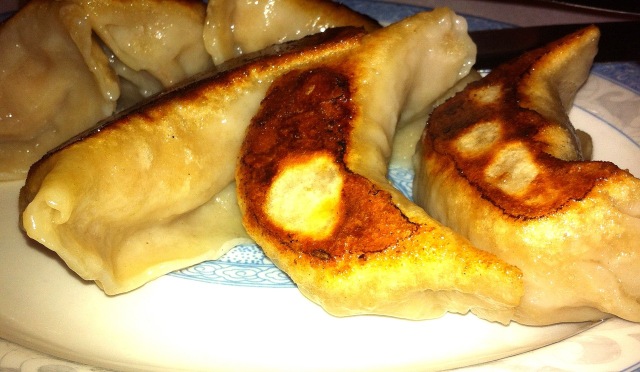 Some of the best dumplings I have ever had! They were absolutely delicious! 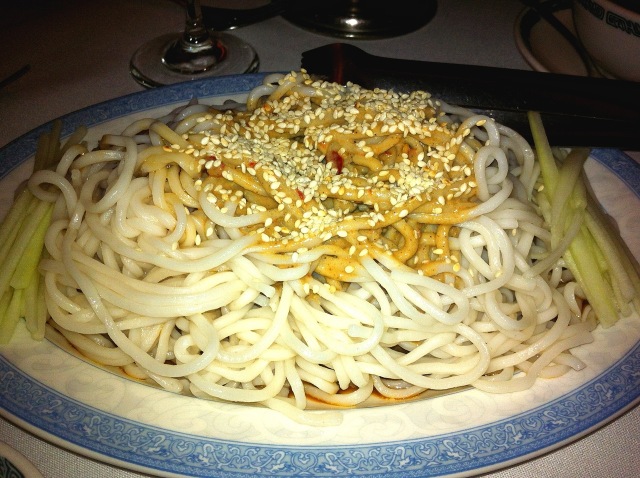 This is the sesame noodle cold appetizer how it served to you. The waiter then mixes the sauce and noodles together in front of you. It’s a classic Chinese dish, and it’s well prepared dish. 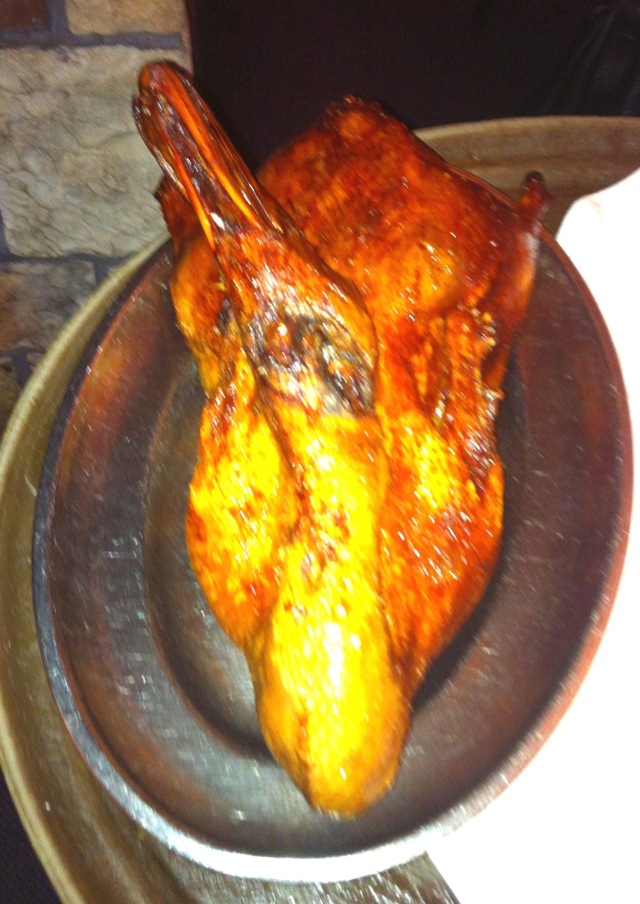 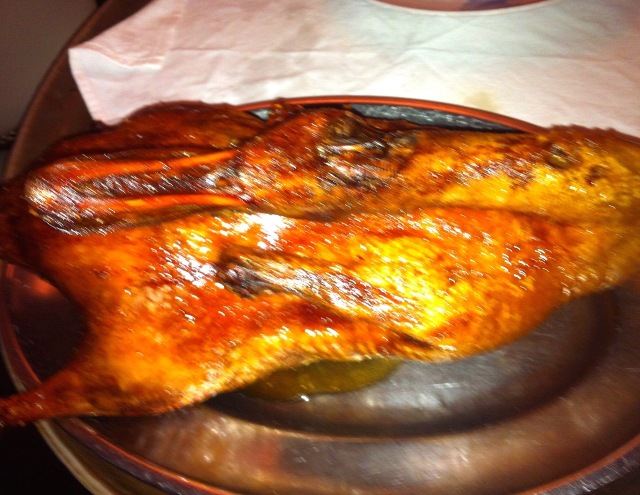 Here it is! The main event! This is how it is served to you. 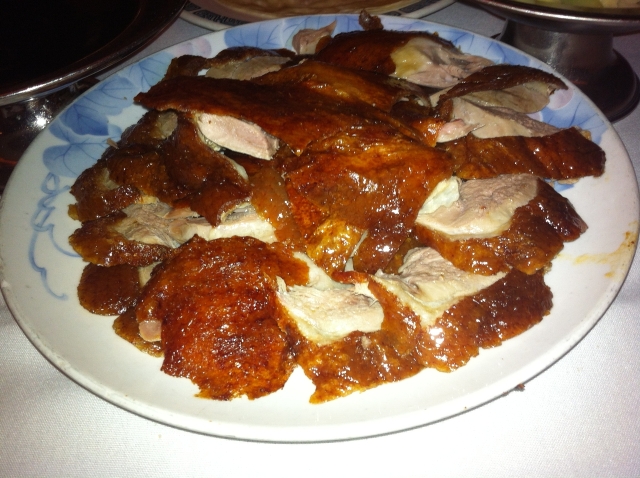 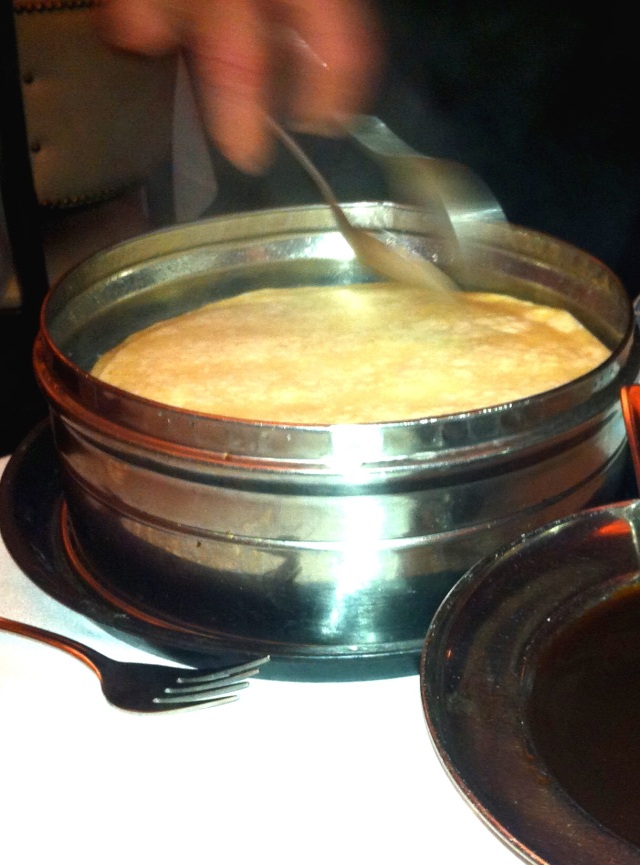 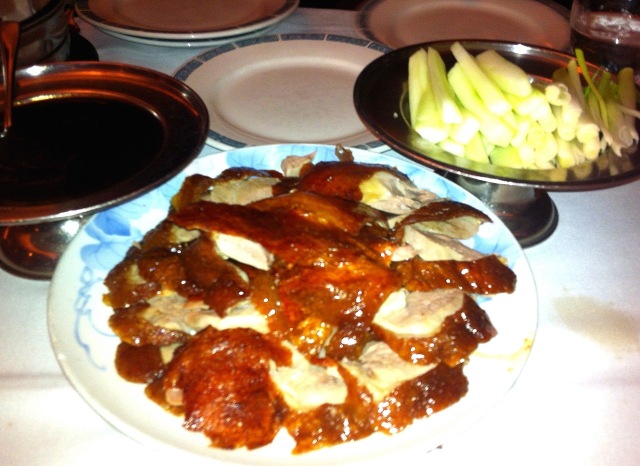 This is how the duck was served on the table after it was sliced in front of us. It looks like quite the spread right?

This is how the duck was served on the table after it was sliced in front of us. It looks like quite the spread right? 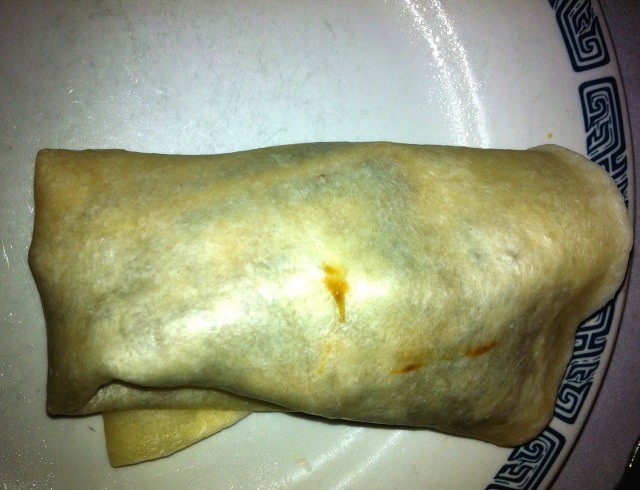 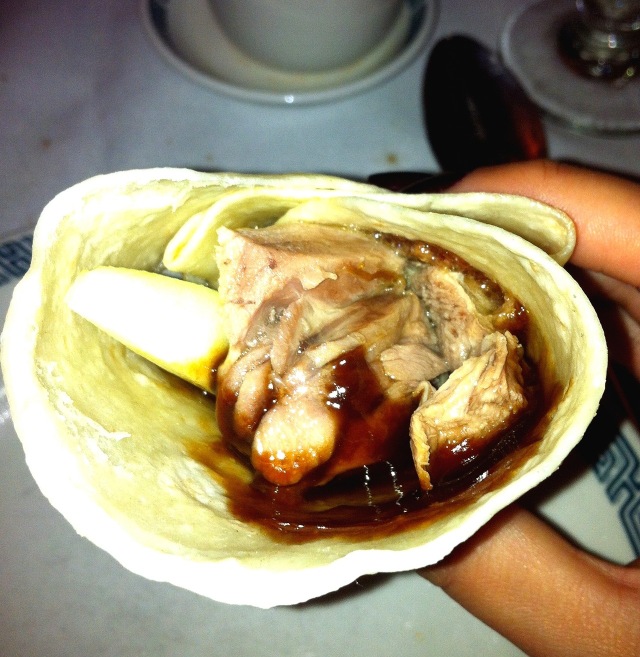 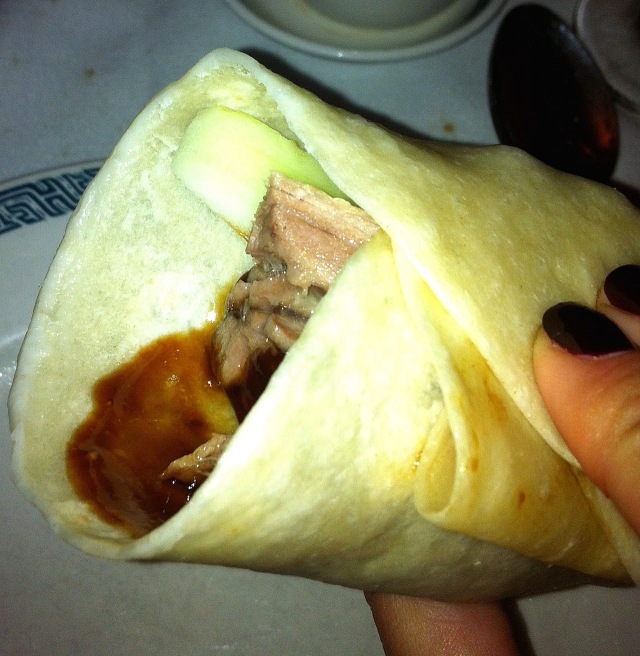 Here is our lovely wrapped up pancake. The waiter did a lovely job. It was delicious, tender meat, crunchy cucumbers, scallions. It’s just so good! 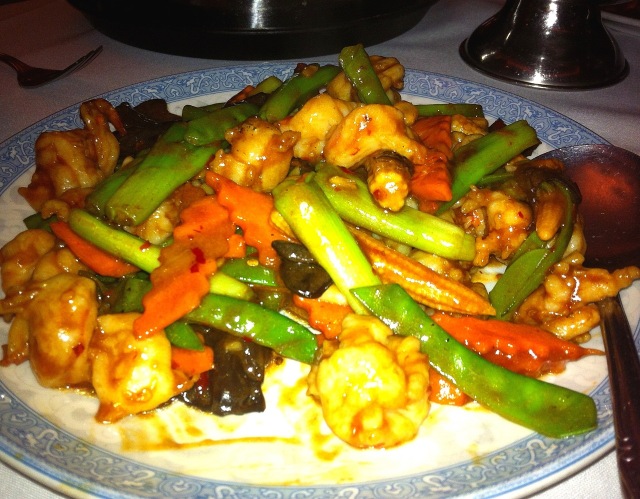 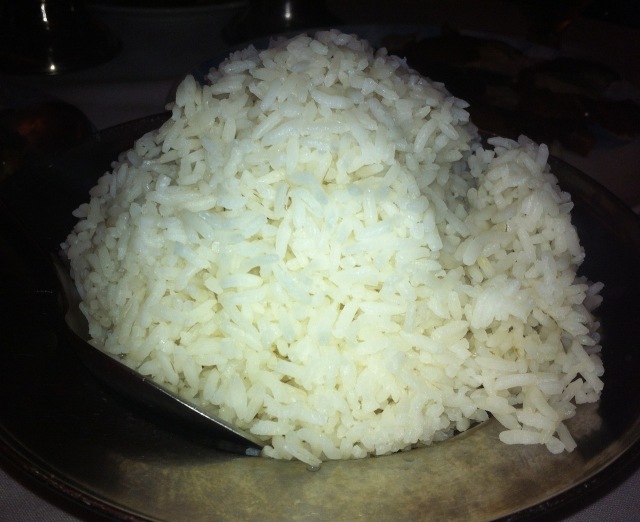 This was not the standout of the meal, however very good! 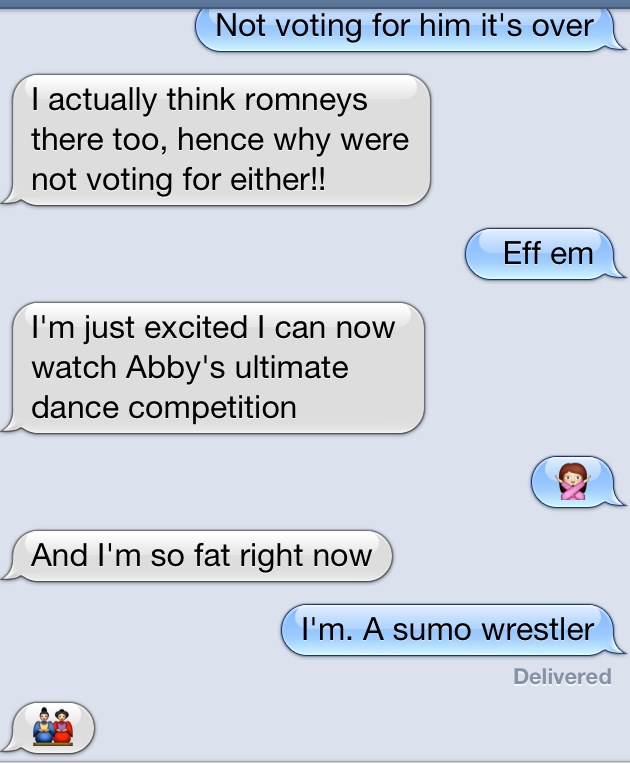 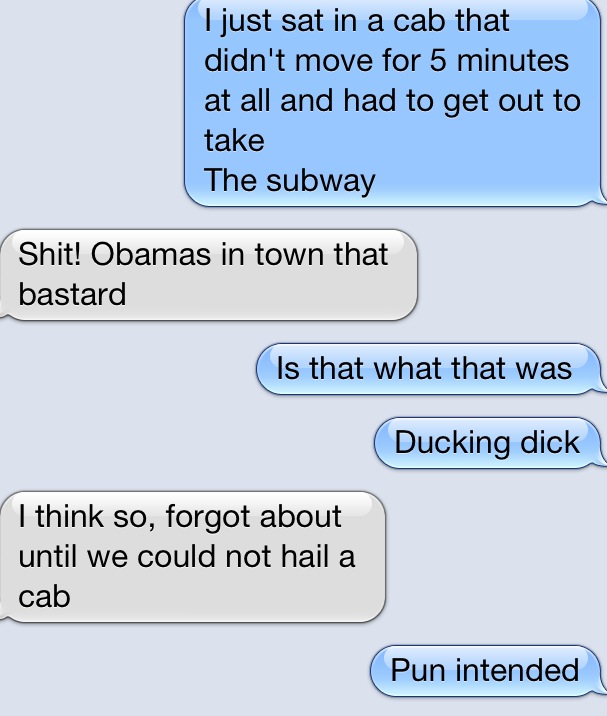 This is my completely understandable reaction to having to sit through traffic, not move, and then have to walk to the subway to then wait 10 minutes for the subway to arrive, just to get home from dinner on a Thursday night.